​​
Day 27 of the #shortcuttostrength trainer and it was the power focus workout today. I didn’t want to spend ages in the gym today so put together a bit of a circuit and did that for 5 rounds. I did back squats, explosive push-ups, weighted pull ups, tricep push downs, bicep curls and then dumbell press. It was for only 5 reps each as the idea was to try and be as explosive as possible. It was a. Ice little workout and I certainly worked up a sweat. The workouts for next week change again and is focussing on 2 reps at 95% of 1 rep max so it’s going to be tough! I’m looking forward to it though.

Day 26 of the #shortcuttostrength and today has been a rest day. I haven’t really done much apart from chill out at home in the morning. In the afternoon my mate was up with my god daughter and I haven’t seen them for a few weeks so my girlfriend and I went to see them. We went for a quick walk in the woods which was nice even though it was pretty cold! It’s nice to just spend time relaxing and spend time with friends.

Day 25 of the #shortcuttostrength trainer and it was shoulders today. I trained at home today and it was pretty cold in the garage so I did quite a few warm up sets of various exercises. I worked on my seated barbell press and got 5 sets of 60kg for around 5-6 reps which was good. I then moved on to various dumbell exercises. I did some dumbell side raises for a couple of drop sets and then did some bent over rear raises to try and hit my rear delta and lats. I then just finished with some band work trying to create as much tension as possible. I felt much better mentally and physically than I did yesterday so I am certain it was down to dehydration. My left shoulder didn’t play up either which was good.
#kagedmuscle #kagedmusclesupps #kagedkreations #blog #diary #fitnessjourney #fitfam #fitspo #inspiration #motivation #gym #weighttraining #abs #training #exercise #fitness #dailyblog #transformation #instafit #facefear #strength #power #heavy #wordpress #instadaily #shoulders #press

​​
Day 24 of the #shortcuttostrength trainer and it was back day today. I usually enjoy back day as it can be hit in many different ways so keeps the training interesting and fun. I got to the gym and did a few warm up exercises and foam rolling but I really couldn’t get focused into the workout. I felt pretty tired and low on energy for some reason I can only think it was because I was quite dehydrated from my spin classes the night before and I hadn’t replenished my fluids as much as I should have. I did some weighted pull ups and some heavy pulldowns whilst I was waiting for the barbell to become free. I also tried a few random exercises/gym hacks and the one I did like was a form of jockey row which was great to help with warming up for deadlifts. I did a few warm up sets of deadlifts and they felt quite good so I put the weight up to 130kg and did two sets of 5 then thought it felt a bit lighter than it should be so I did my maths and realised I was supposed to have 135kg on the bar!…dammit! so to try and make up for it I put 140kg on the bar and managed to get 3 sets with that (the first being the video). The last set was only really 2 good reps though and I had to drop the weight as I just didn’t have the strength. I finished with some straight arm pull downs but I still couldn’t focus so I just called it a day. There was no real point to try and keep going as the reps would have been poor and it would have just annoyed me even more. I still go the main work done though so that’s the main thing. 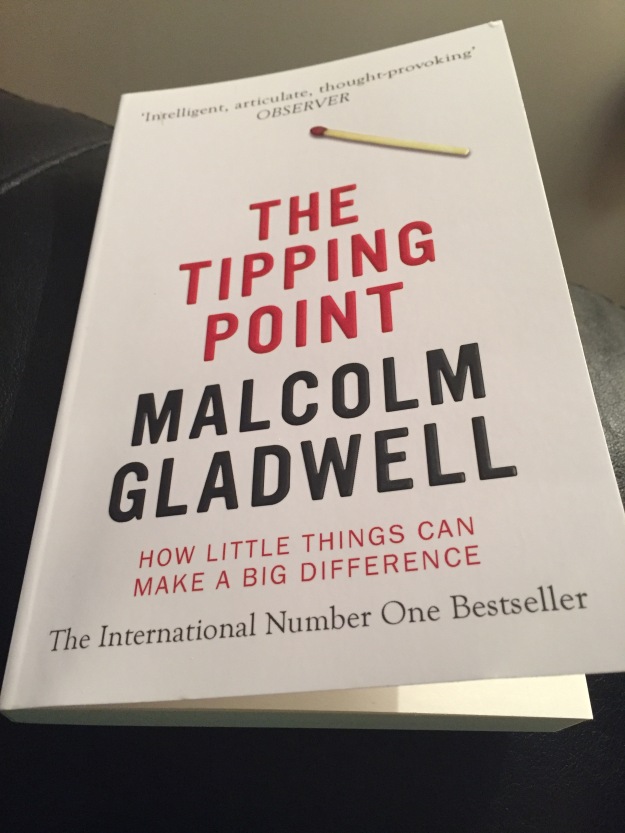 Day 23 of the #shortcuttostrength trainer and it was chest day. I had to do 5 sets of 5 with 90kg on the bar. I was training at my work gym today and it felt heavy today! I did a few warm up sets then got into my working sets. The first set didn’t feel too bad but the next four just got worse and worse! I managed to get 5 reps out on each set so that’s a good thing. The last rep on the last two sets probably wasn’t too great as I was about two inches off my chest. I then moved on to 5 sets of incline barbell bench press with 70kg and they went quite well actually in fact the last two sets went up a bit better than the first couple for some reason. I didn’t feel too great during the incline sets tho as I think I had my dinner a bit too close to my workout meaning I felt a bit sick especially after drinking my pre workout quite quickly! It put me off a bit but I did some work on cable flyes before calling it a day as I couldn’t shift my sick feeling. I got the work that I needed to do done so I’m happy with that. I got home to my delivery of the book “tipping point” as I had ordered it after it was recommended by Phil learney on his seminar at the weekend. I’m not usually one to read books but I definitely need to do it more to further my education and give me better knowledge and skills in my own writing. I will have a read and give my review once I finish it – probably in about a year!

Day 19 of the #shortcuttostrength trainer and I didn’t train today at all. I was on the early shift at work then as soon as I finished I left with my girlfriend to drive up to Manchester as I am attending the Phil learney PT business seminar tomorrow. It took us just over 3 hours to get to the hotel so we just went out for some food, a drink and then had a game of mini golf which was good fun. It’s now an early night before a day of learning tomorrow!

Day 22 of the #shortcuttostrength trainer and it was of course leg day! I’m still on the 5 sets of 5 reps at 85% but this week I decided to up the weight a bit. I completed my sets last week with 102.5kg but I felt I could have gone heavier so this week I put 105kg on the bar. I managed to complete them so I am really happy with that. A couple of times I rolled forward on to my toes slightly which made it harder but I will work on the form again and maybe try a few more low bar squats. I did some leg extensions, hamstring curls and lunges to complete the session. I felt strong and I’m looking forward to attempting my 1 rep max again to see how far I have come. 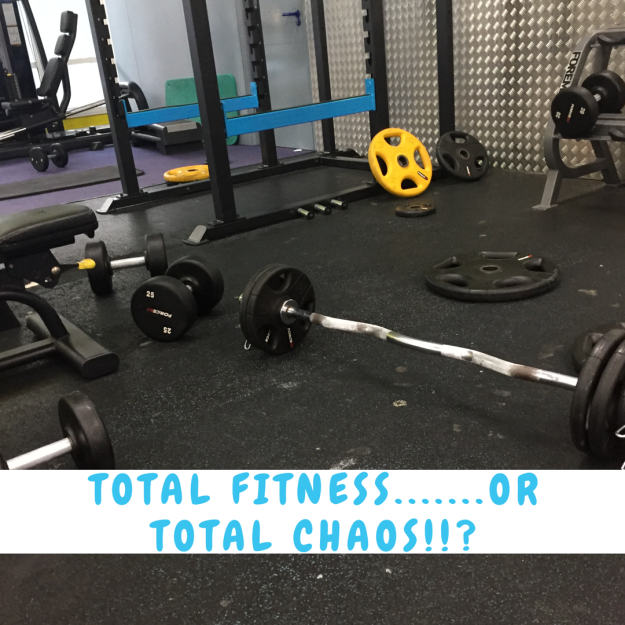 Day 21 of the #shortcuttostrength trainer and I trained shoulders today. I got to the gym in the morning as I was still in Manchester and had my pass to use. I went to a gym called Total Fitness and it was a bit of a strange experience. I walked in and the place is nice it had a cafe area overlooking a pool area, it had a family gym area which had climbing frame and kids gym equipment next to a few pieces of normal gym kit so parents can workout with their kids which I think is great! I then went upstairs to the gym area which was surrounded by several studios with things like spin, karate, boxercise classes going on. The gym area itself was good as there was a range of different kit suitable for all sorts of training. They even had a selection of hammer strength equipment which I was keen to use. I started in the hammer strength plate loaded shoulder press and worked up to some heavy sets with that before doing some heavy barbell press. From there I just used all kind of machines and equipment to hit my shoulders from different angles. The gym itself was in a complete mess though. Everywhere you looked there were dumbells on the floor, barbells left next to their rack rather than on them, weight plates left on machines and bars all over the place which is really annoying as every time I wanted to use something I would have to take off what people were using or wander around and look for kit! I didn’t do any dumbell work really as they were all missing and spread around the gym! Looking at some of the people there as well didn’t help as they were doing all kinds of weird stuff! I don’t really blame them as if they are not used to going the gym then their technique and knowledge of machines isn’t great then people start doing weird stuff. The problem was there was no gym staff around at all! I saw one trainer and he was just working with someone for ten minutes and then disappeared! Just to have one person on the gym floor encouraging people to tidy their stuff up and helping to correct people’s form would be better than nothing! I am probably moaning a little too much but I’m sure I’m not the only one to get annoyed at this stuff!!

Day 20 of the #shortcuttostrength trainer and today was a pretty special day as I attended a PT business seminar with @phillearney I have followed Phil’s work for a while now and had the opportunity to listen to him speak a few times and every time I come away with a whole new perspective on training, business and life in general. I have some real fears and concerns about starting my own PT business which is why I went on this course. I’m glad I went as it has given me plenty to think about before diving in head first. I would highly recommend Phil and his work to anyone even those not in personal training as he has a lot of good experience and knowledge to share! I will be signing up for his ACA academy for definite! I wanted to train shoulders today and I bought a pass to use one of the gyms just outside Manchester but I got there 15mins before it closed! I decided not to train which is annoying as after sitting down all day I wanted to throw a few weights around. We are staying at my girlfriends sisters house so I will use my pass tomorrow morning and get my session in then.

Day 18 of the #shortcuttostrength trainer and today was back day. I finished work but had to shoot off to go and do a few chores before coming back and teaching a couple of classes. I only had about 45 mins to get my session in so I started with deadlifts. I did much better than last weeks efforts! I used 135kg for 5 sets of 5 reps. It wasn’t easy but i managed to complete all the reps which was good. I then hit some bent over rows with 70kg for 5 reps. I then did some heavy pull downs which I felt surprisingly strong on and that was it. I could and probably should have done a bit more but I had to get my stuff sorted to take a spin class and then a kettlebell class. I was happy with the training that I got in so that’s the main thing.